“I loved her against reason, against promise, against peace, against hope, against happiness, against all discouragement that could be”.
- Charles Dickens, Great Expectations.

Finally recouping after last week’s loss, I am back into the swing of things! My love of Club Deportivo Guadalajara pulled me through. One thing we soccer fans have to remember when the going is not so smooth, is the best thing about today is there is always a tomorrow!!! Venga Chivas!!!

Chivas vs Mazatlan FC of MX League will face off at 5 PM (CT), Saturday on the pitch of the majestic Akron Stadium. Both clubs need a victory after coming off losses in Guardianes 2020 week 11 games against America and Cruz Azul, respectively, so both Victor Manuel Vucetich and Paco Palencia will push their players to go all out for the win.

Fans of both Guadalajara and Mazatlan FC are expectant and the result is hard to predict. Lets take a look at the numbers to try and get a better idea. Rojiblancos and Morados faced off two months ago in this same scenario in the preseason round robin Copa por Mexico, with a score of 3-1 for the home team. Still, the previous result is not an indication that the outcome will be the same. The circumstances are different.

Palencia’s team has begun to show signs of improvement on offense but the same cannot be said of their defensive line. Last week, Mazatlan lost 2-3 to Cruz Azul. They had the majority of possession, 59%, and made the highest number of passes, a staggering 422! With a passing accuracy of 83%. Incredible numbers for the newly built team. Most importantly, the sinaloenses are scoring goals.

One thing we can be sure of, is that Mazatlan is dangerous offensively. Chivas needs to be careful in two areas. Mazatlan does well on corner kicks so they are lethal in their airplay, special care with Camilo Sanvezzo. The dynamic between midfielders and forwards shows clean smooth transitions with lethal counter attacks, made stronger when their left fullback, Martin Rodriguez throws himself down the left line.

Chivas on the other hand truly had a bad day in Mexico City. Offensively, Guadalajara had 17 approximations and 8 shots on target, including 7 corner kicks. They dominated possession-wise, holding on to the ball 55% of the time. Guadalajara’s passing precision was 82%. Still it wasn’t enough to come back with at least a tie. It just goes to show that statistics aren’t everything.

One thing the statistics do reveal is that the majority of the points el Rebaño Sagrado has made have been won in their away games, 9 points in fact. Mazatlan has only made 2 points in their away games, but have scored 6 of their 13 goals and received 10. What could be seen as a good sign in Chivas’ favor, is actually a conflicting fact. Contrary to previous seasons, Guadalajara has not produced the numbers expected when having home field advantage. The Vuce crew have only scored 3 goals on their home pitch, a clear reminder that Guadalajara needs to finish their offensive plays successfully. Defensively, Mier and Co., have only received 3 goals, so the numbers come up par. Chivas looks strong in its midfield, tight ball circulation and precise passing help them move smoothly up field. It’s when they are within striking distance that they miss the final ‘toque’ to push the ball into the net.

As my Grandpa used to say: “plan for the worse and hope for the best”. I always, always, always hope for the best. And Chivas is my kryptonite. One thing I will say to all the fans out there, is that the improvement is tangible. Team Vucetich is doing a good job restructuring the Rojiblanco crew and it is only a matter of time until team work coalesces into a string of wins.

P.S. I would like to send a special shout out to @AriesSoccer1 for their wonderful statistical breakdown of all things to do with the soccer world, most especially with that having to do with Club Deportivo Guadalajara. Their insight has helped me take a deeper look at our team and the teams we are up against. When you have a chance and you are wandering the Twitterverse give them a visit, I am sure you will come away a bit more wiser. 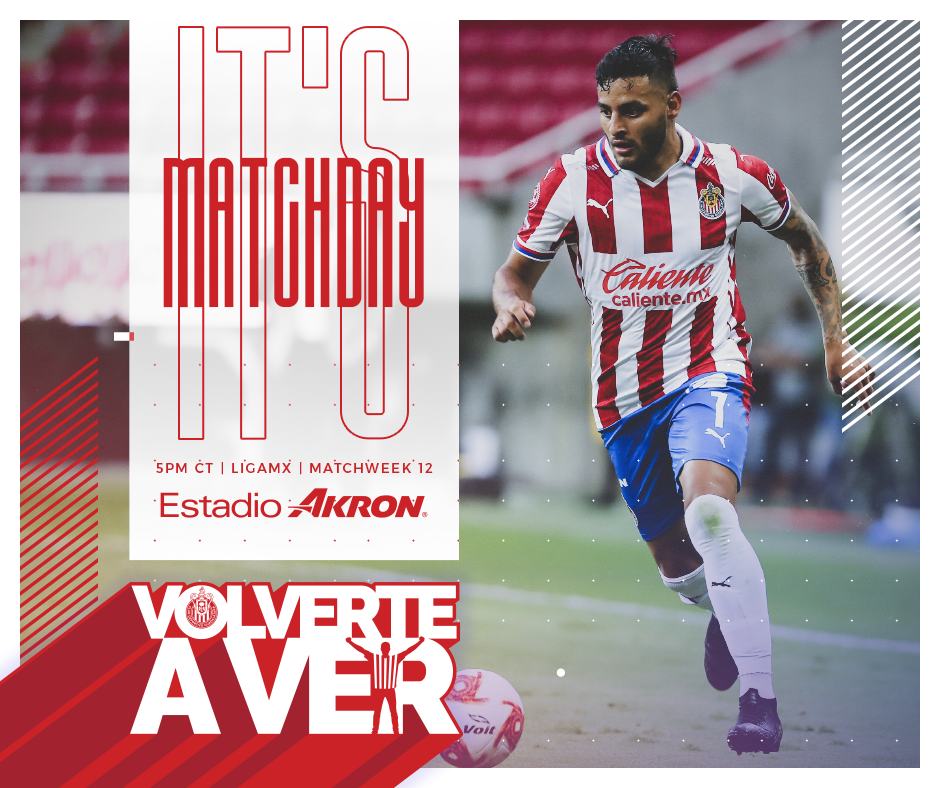